Charges of theft in Colorado range from simple misdemeanors to life changing felony events.  A misdemeanor theft charge such as shoplifting can be filed in the Municipal Court and involve potential penalties to include jail, public service, restitution and probation.

A felony theft charge results when the dollar amount involves $1,000.00 or more.  Felony penalties range from a potential deferred sentence (which means your case will be dismissed over time) to the unfortunate penalty of a prison term.

Call Mike Moran at 719-447-1923 for a free consultation.  Mike has years of experience and is a strong advocator.

Felonies and misdemeanors are both charged as crimes. They are different than grand theft charges, which are considered less severe offenses. Each of these charges have their own punishment and can include jail time, fines, community service and probation. Unlike a felony, which is punished by years of incarceration, misdemeanors are punishable by up to one year in jail. To learn more about the specifics of each crime, and what its maximum penalties are, contact a Colorado Springs criminal defense attorney. 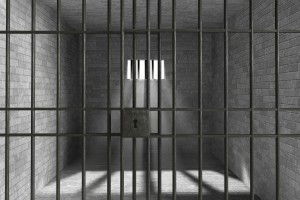 A felony crime in Colorado is punished by a sentence of one year to three years in state prison. This sentence will be imposed based on the severity of the crime and the defendant’s personal history. If you have been charged with this type of felony crime, you should seek professional legal assistance immediately. A defense attorney will be able to evaluate your case and determine whether or not your charges are justified. The Colorado state government does not allow juries to hand down the death penalty, so a felony conviction will stand in your court and allow you to retain a normal life outside of prison.

In Colorado, a judge is also able to find guilty individuals based on circumstantial evidence, such as a hidden camera or an erased key, in addition to other means. If you have been found guilty of theft crimes, then your fines and jail time will depend on the severity of your offense and the circumstances surrounding it. Your fines will be higher if you have many previous theft charges, were a juvenile offender, or were found guilty of a crime involving a weapon. Other types of crimes, such as drug crimes, will result in substantially higher fines and jail time.

Because most theft convictions result in some jail time, your fines will be higher. The exact amount will depend on the jurisdiction in which your case is held, as well as the state law. However, almost all fines will be lower when compared to the fines for other serious crimes, such as murder. If you are facing criminal charges of any kind, including theft convictions, it is important that you hire a Denver criminal defense attorney to help you mount an effective defense against the charges.

In cases of first-degree burglary, murder, or petty larceny, the penalties include a mandatory five years of incarceration, a heavy fine, and lifetime disqualification from holding a license. Other Colorado theft charges carry a maximum penalty of a capital misdemeanor, which is an infraction punishable by one year to three years in state prison. Other Colorado class b felony offenses include drug possession, trafficking, grand theft auto, grand theft car, burglary, and assault. If you have been charged with one of these levels of crime, your first-degree burglary conviction will be punished by more jail time and fines than any other type of crime.

As previously stated, the penalties for first-degree burglary, murder, or petit larceny depend on the jurisdiction in which your case is filed. Generally, first-degree robbery charges are punished more severely than any other type of Colorado felony charges, while second-degree robbery penalties are usually reserved for second or third-degree crimes. If you were arrested and charged with theft charges in Colorado, contact a defense attorney immediately to discuss your options.

It is important you do not make statements to any law enforcement agency about an allegation of theft.  The best approach is to be polite to a police officer and invoke your right to remain silent.  Call Mike Moran immediately at 719-447-1923 to protect your rights.  Regardless of the outcome of your case, theft charges can affect your ability to get a job, to get an apartment, and subjects you to background checks that affect every aspect of your career.